A Twitter bot, called @wordnuvola, attracted my curiosity: it can generate a word cloud of your tweets (nice!). As a user, you simply have to follow the account and send back a tweet. In return, you have a nice image after some minutes. The service seems quite successful (viral?) since many people I follow use it for fun. My word cloud result was: 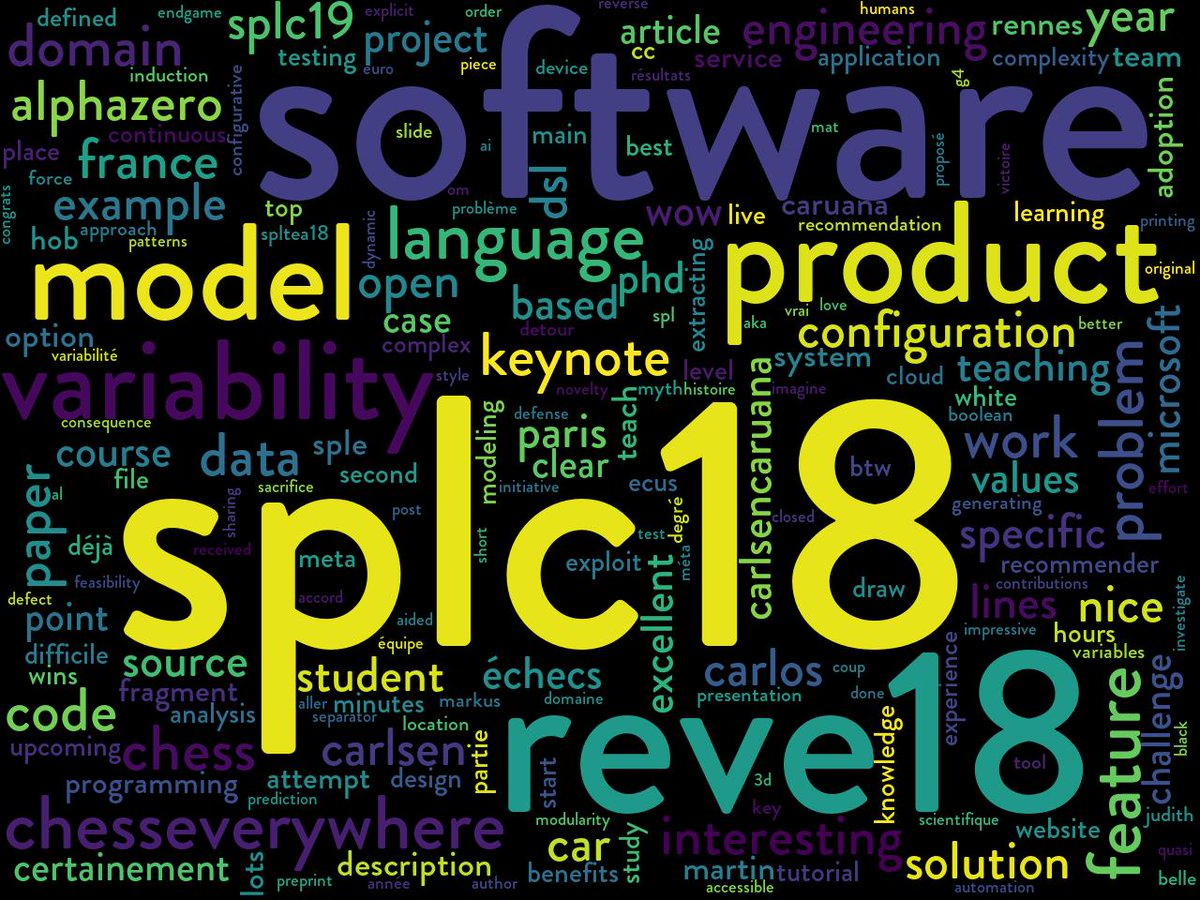 Two questions came to my mind:

To answer these two questions, I’ve decided to replicate the generation of the word cloud. It toke less than 1 hour, including the following steps:

To obtain an interesting word cloud, an important step is the pre-processing of data:

The final result is: 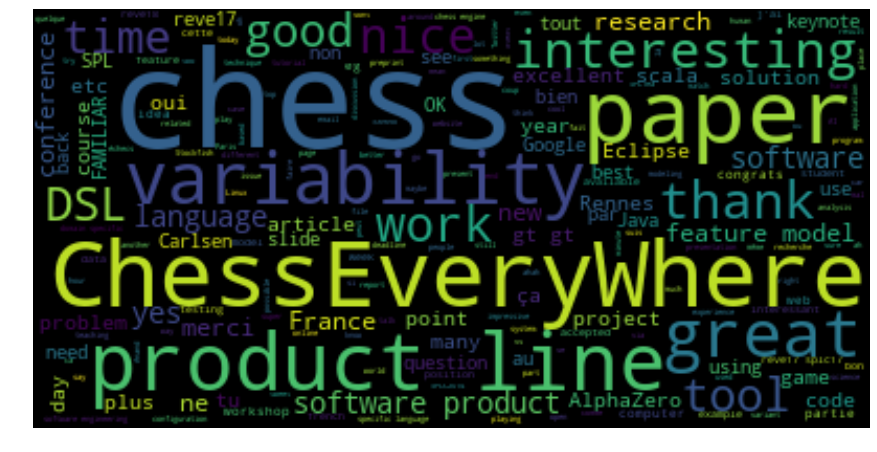 Clearly, the word cloud differs. So why?

I experimented a bit: with or without RT, tweets after 2018, etc. My conclusion was that the bot only considers recent tweets and RTs. Am I right?

Actually yes ;-) In fact the bot is open source and is publicly available here. The analysis of the source code shows that:

So the general conclusion is:

Anyway, this service is fun and has the merit of being easy to use. But you know the secrets now ;) If you want a more comprehensive solution, I have shared my code.